Through out human history it has been common for  the birth process to occur and babies to have been born early in the morning. This may be because it is a time when  the mother is well rested and relaxed  which  in turn facilitated  as  easy of  a birth as  possible.  During the last century the modern birthing process has become the norm, where the date and time of the birth is scheduled-often for the convenience of the delivery team. This  intervention may lead to increased force and stress during the delivery.

A tremendous amount of stress is placed on the neck  by the modern birthing process. There is a NORMAL way for the head to present during delivery.  If the baby’s head presents in any other way than with the face down (Normal),  there can be added stress to the structures of the spine.  Any intervention such as vacuum or forceps may cause additional  trauma  to  the  head  and  neck. Cesarean  section  is  also  considered a traumatic birth when considering the effects on the spine. 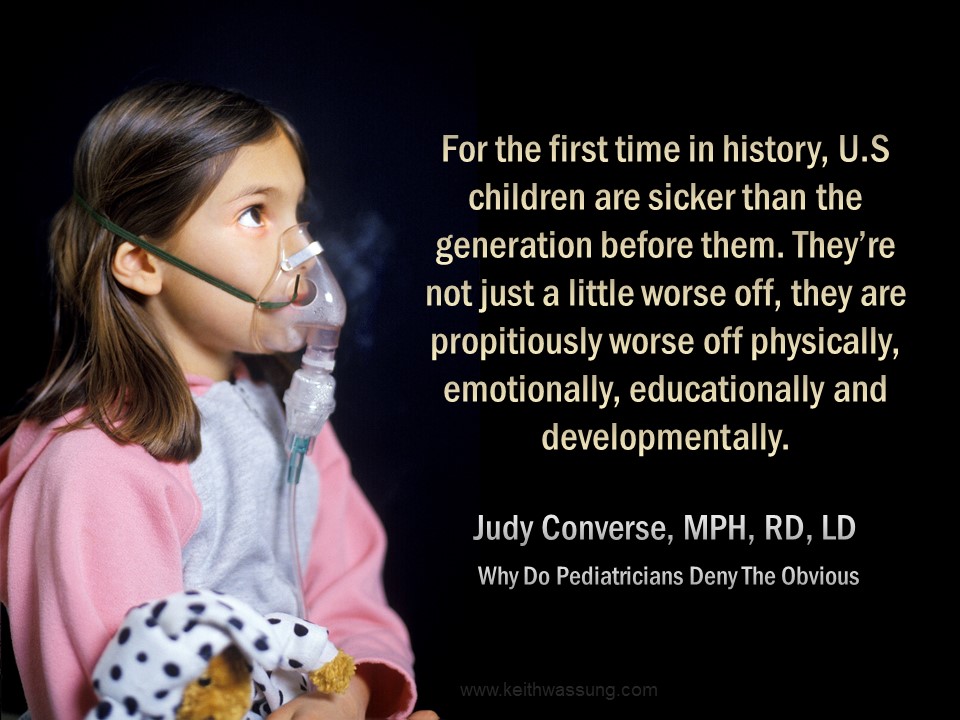 This puts direct pressure upon the infant’s soft cranium, causing the cranial plates to shift, lock, or become disproportioned. This is the reason you may have seen cone head shaped  babies. When an infant becomes stuck the use of forceps, suction devices, or the twisting of the head and the bones in the upper neck may add to the neurological damage  that is already being done by the force of the contractions  upon the stuck head. This then results in direct neurological dysfunction including Structural Shifts. 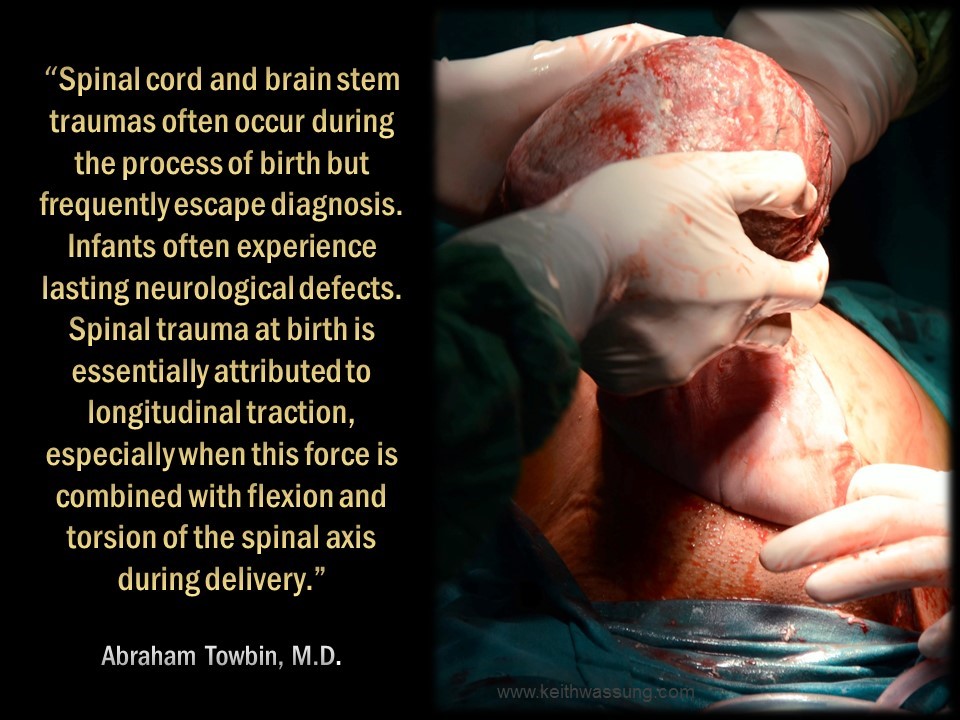 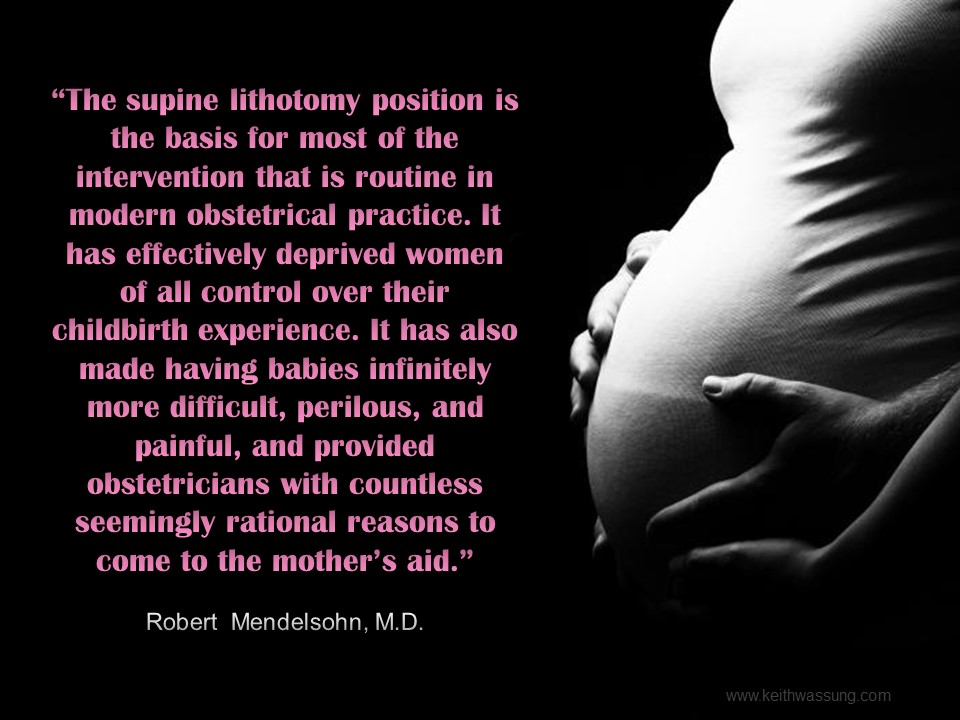 Obstetricians often need to traction the head during a normal birth. They may end up using between 40 and 70 pounds of pressure, in order to birth the shoulder. Studies  reveal this may inadvertently cause damage to the cervical spine (neck) and also to the nerves that exit from the spine.

At birth the spinal nerve roots are prone to injury by the maneuver of laterally flexing the head to free the shoulders from the birth canal. This puts great stress on the brachial plexus and spinal nerve roots. 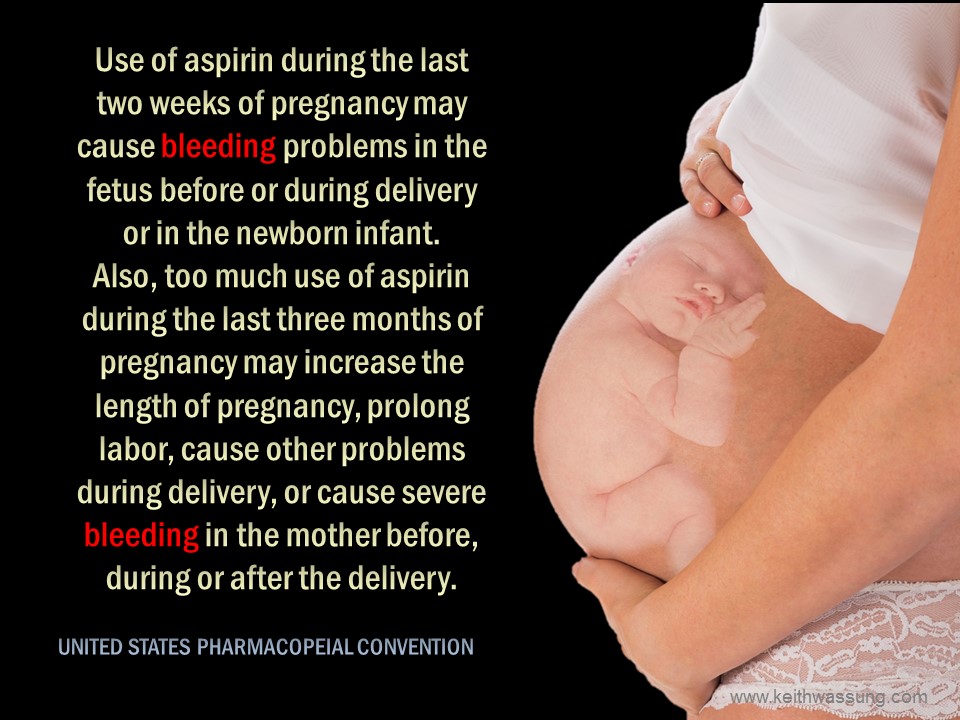 The first month of life is the period of greatest mortality in the childhood years. According to Towbin,

“Life for the newborn depends on the preservation and healthy functioning of the brainstem and upper spinal cord.”

Evidence from research studies indicates that birth trauma to the brainstem and upper cervical spine is a factor in over 10 percent of neonatal deaths in the United States.