Structural Shifts and the Endocrine System!

Our monthly theme is HOMEOSTASIS and this week’s sub-topic will be a focus on the effects of Structural Shifts on the human endocrine system.  Many of the most vital 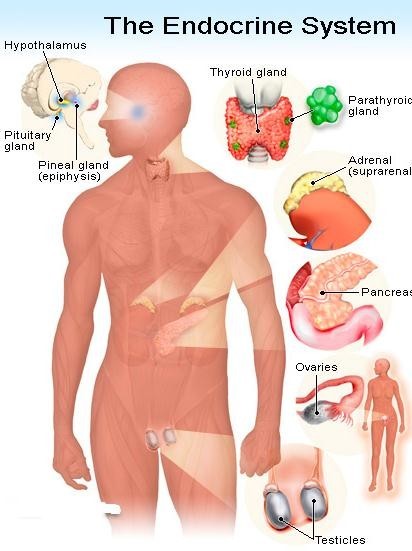 functions of the human body are influenced by the endocrine system, which consists of glands that secrete hormones, or chemical messengers into the bloodstream.

The hypothalamus, located in the brain, acts like radar, receiving incoming information from the nervous system.  It then uses this information to manufacture hormones that either target specific part of the body, or to target other glands to  produce  specific  hormones for homeostatic regulation.

Other organs that produce hormones, but are not part of the endocrine system include the placenta in the pregnant female, glands in the gastro- intestinal tract, structures in the heart and blood vessels, and structures in the kidneys.

Hormones are the body’s internal chemical messengers. They carry the information that controls the function of almost all of the body’s cells and tissues. Most hormones are themselves are controlled by a mechanism called feedback, which is similar to a thermostat in a central heating system. When a gland is working harder than the body needs it to, the hormone system switches off; when the body needs the gland to speed up, the nervous system turns on the switch again. 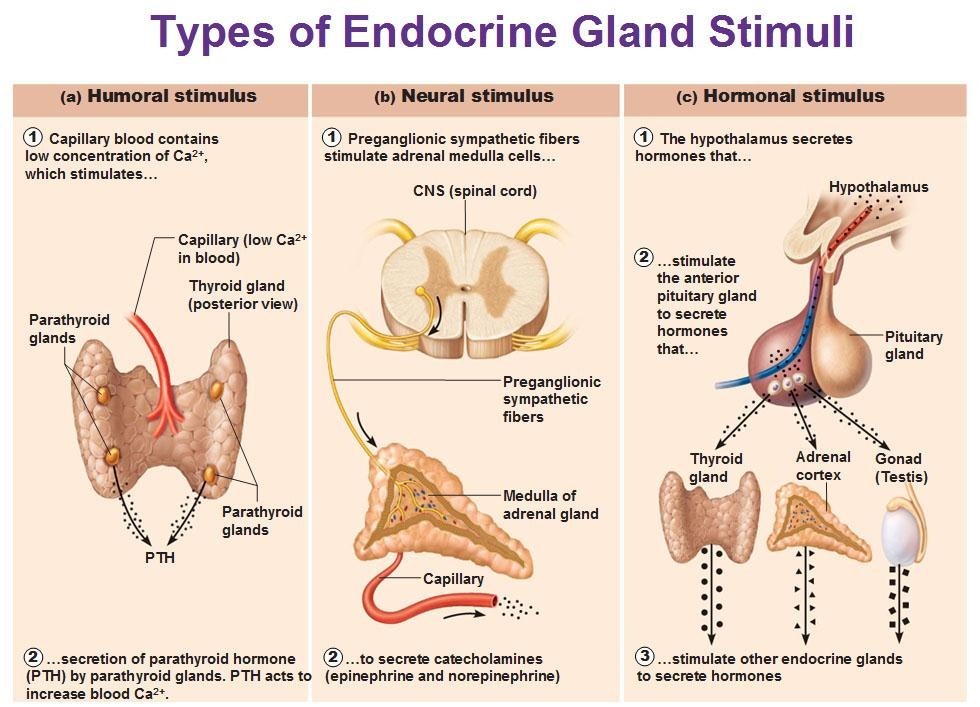 The word hormone comes from the Greek work, hormaein, meaning to excite or to urge on. Each hormone is a complex chemical substance produced and secreted into the bloodstream by an endocrine gland, or secreted by specialized cells in other organs, such as parts of the gastro- intestinal tract or the heart.

Hormones reach every part of the body, and the membrane of every cell has receptors for one or more hormones that stimulate or retard a specific body function. The hypothalamus, located at the base of the brain, acts as the mastermind that coordinates hormone production, producing regulatory or releasing hormones; these travel a short distance through special blood vessels and nerve endings to the pituitary gland, which is often referred to as the “master gland”. 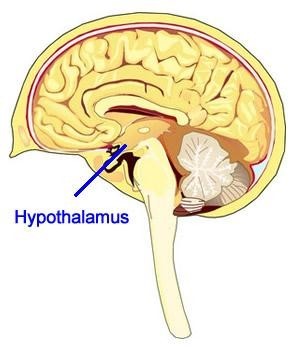 Attached  to  the  hypothalamus  by  a short  stalk,  the  pea-  sized  pituitary gland hangs from the base of the brain and is composed of two parts, an anterior and a posterior lobe.

Some of its hormones act indirectly by stimulating target glands to release other hormones. Others have a direct effect on the function of target glands tissues.

This would be the equivalent of putting one drop of liquid in a swimming pool that was filled with the water of 660 railroad boxcars. A train with 660 boxcars would be six miles in length.

Hormones are able to influence the activities of the body, but they must first bind with specific tailored protein cells called receptors. There are hundreds of different kinds of receptors, although each one is designed for a specific chemical signal within a cell. There are more than 10,000 different types of receptors, although it takes only a small number to obtain a response. The receptor and its hormone have an intricate and precise fit, like a key and a lock and this hormone receptor complex then binds to specific regions of DNA in the cell nucleus to activate specific gene.

When the body is in a state of homeostasis, the precise amount of hormones are released into the bloodstream and the body functions smoothly; but when the control mechanism malfunctions-either too much or too little of a particular hormone is secreted, or when an organ or tissue does not respond efficiently-the results can be severe and even fatal.

The medical approach to endocrine disorders and hormonal imbalances is to use a variety of drugs in an attempt to artificially compensate for a hormone deficiency. In the case of an overactive gland, radiation and surgical procedures are used.

Primarin, from PREgnany MARes, uRINE, is the single most prescribed drug in the United States. An estimated ten million women in the United States use Premarin and that number is expected to increase dramatically as the number of baby boomers reach menopause. Premarin is responsible for sales in excess of one billion dollars annually. 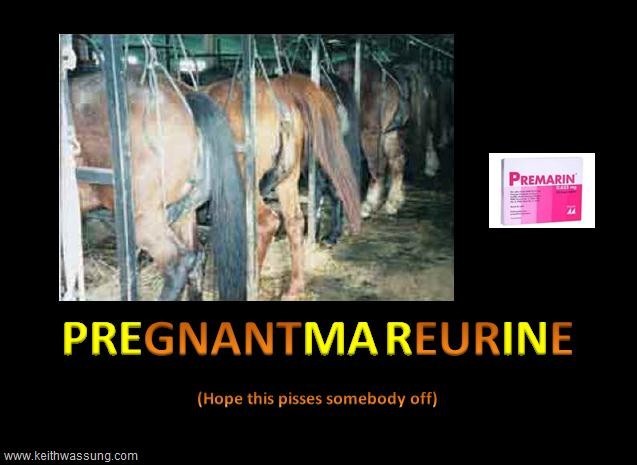 Drugs and related synthetic chemicals may be necessary and appropriate in certain situations, but they do little to correct the cause of the disorder or imbalance since they can do nothing to correct the original cause of the problem, which is often in the system of the control mechanism. Drugs often create an even greater chemical imbalance, which can result in harsh side effects that are much worse than the original condition. 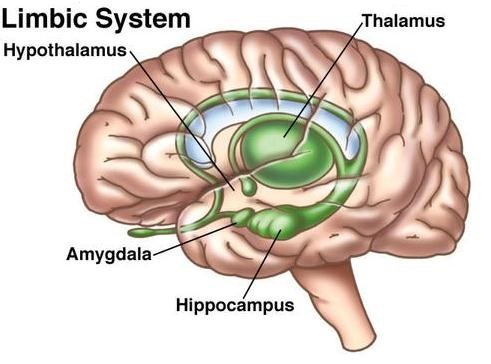 The main function of the hypothalamus is homeostasis, or maintaining the body’s status quo. Factors such as blood pressure, body temperature, fluid and electrolyte balance, and body weight are held to a precise value called the set point. Although the set point can migrate from day to day it is remarkably fixed.

To achieve this task, the hypothalamus must receive inputs about the state of the body, and must be able to initiate compensatory changes if anything drifts out of range. The Hypothalamus constantly receives millions of nerve messages from complex areas of the rest of the nervous system including the nucleus of the solitary tract, reticular formation, the retina, the circumventricular organs, the limbic and olfactory systems, sense organs, neocortex, osmoreceptors, as well as numerous touch receptors.

“The  hypothalamus  receives  signals  from  all  possible  sources  in  the nervous  system,  thus,  the  hypothalamus  is  a  collecting  center  for information concerning the internal well-being of the body, and in turn, much of this information is used to control secretions of the globally important pituitary gland.” – Guyton’s Physiology 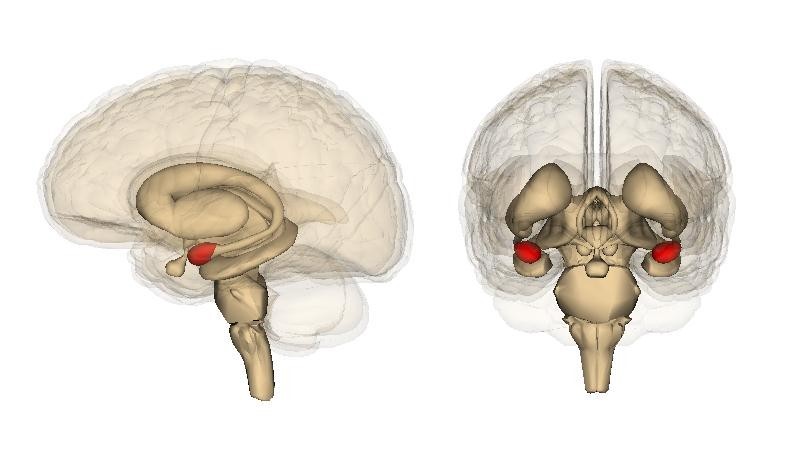 The effectiveness of the hypothalamus is directly proportional to the functional  capability of  the  nervous  system  to send  and  receive  nerve messages and especially to maintain the integrity of those nerve messages as they travel along the spinal cord.

The spinal cord is both a cable and a switchboard. As a cable, it connects the brain with the rest of the nerves in body.  As a switchboard, it coordinates muscle movements, reflexes and other activities under its direct control. 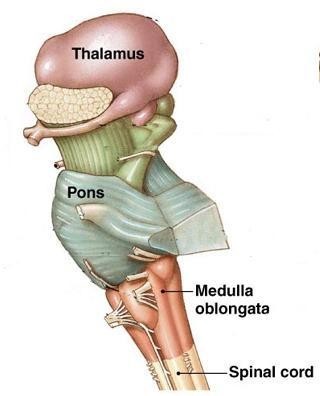 The spinal cord is actually a direct extension of the brain, composed of the same kind of nerve cells, nerve fibers and supporting glial cells as those of the brain. It is also protected by the same three coverings (the meninges) and the same fluid (cerebral spinal) that house and protect the brain.

The spinal column is composed of 24 movable vertebrae. The spine is straight when looked at from the front or the rear. When viewed from the side, the spine forms a series of geometric curves or arcs. When the spine is in its optimum structural position, the nervous system is protected, and the integrity of nerve impulses traveling to and from the brain is at an optimum level. This is when the control system of the body can best achieve homeostasis.

Because the vertebrae are moveable, they are also susceptible to certain stresses and forces which can cause them to lose their proper position. This leads to stress in the vital nervous system. This is known as a “Structural Shift” away from NORMAL. Structural Shifts interfere with the normal flow of nerve impulses (MI) and can cause either an increase or decrease of nerve activity.

Hormonal imbalances can be the result of either too much or too little glandular activity. Spinal nerve interference and its resulting decrease in function may be a significant cause of endocrine dysfunction and hormonal related health problems.

“Lesions of the hypothalamic input region may produce a variety of symptoms, including diabetes, insipidous, obesity, sexual dystrophy, somnolence, and loss of temperature control” – Correlative Neuroanatomy and   Functional Neurology

“Studies have shown that more than fifty percent of hyperthyroid patients have damage to the pathways in their nervous system” – Journal of Neurology, Neurosurgery & Psychiatry

Research at the Still Institute showed that spinal lesions resulted in pathological changes in the blood, urine, and tissue fluids. Spinal lesions of the atlas and axis (C1& C2), foundational areas in regard to structural shifts, were associated with abnormal function of the pituitary which resulted in abnormal hormone secretions.

“With few exceptions, hormone deficiency or hormone excess is the result of pathologic manifestations in the neural pathways that supply the hypothalamus.” – Harrison’s Principles of Internal Medicine

Structural Shifts can be caused by any force or stress to which the body is unable to adapt. Examples of this would include automobile accidents, work related injuries repetitive motions events, sports and recreational  pursuits,  poor  posture,  poor  bending,  lifting  and  sleeping habits, and various types of chemical and emotional stress. The body can adapt to the stress as long as the nervous and endocrine systems are capable of responding normally. All types of stress can not only cause shifts in structure away from normal, but it creates a viscous cycle in which the body can no longer adapt to stress as a result of a compromised nervous system. 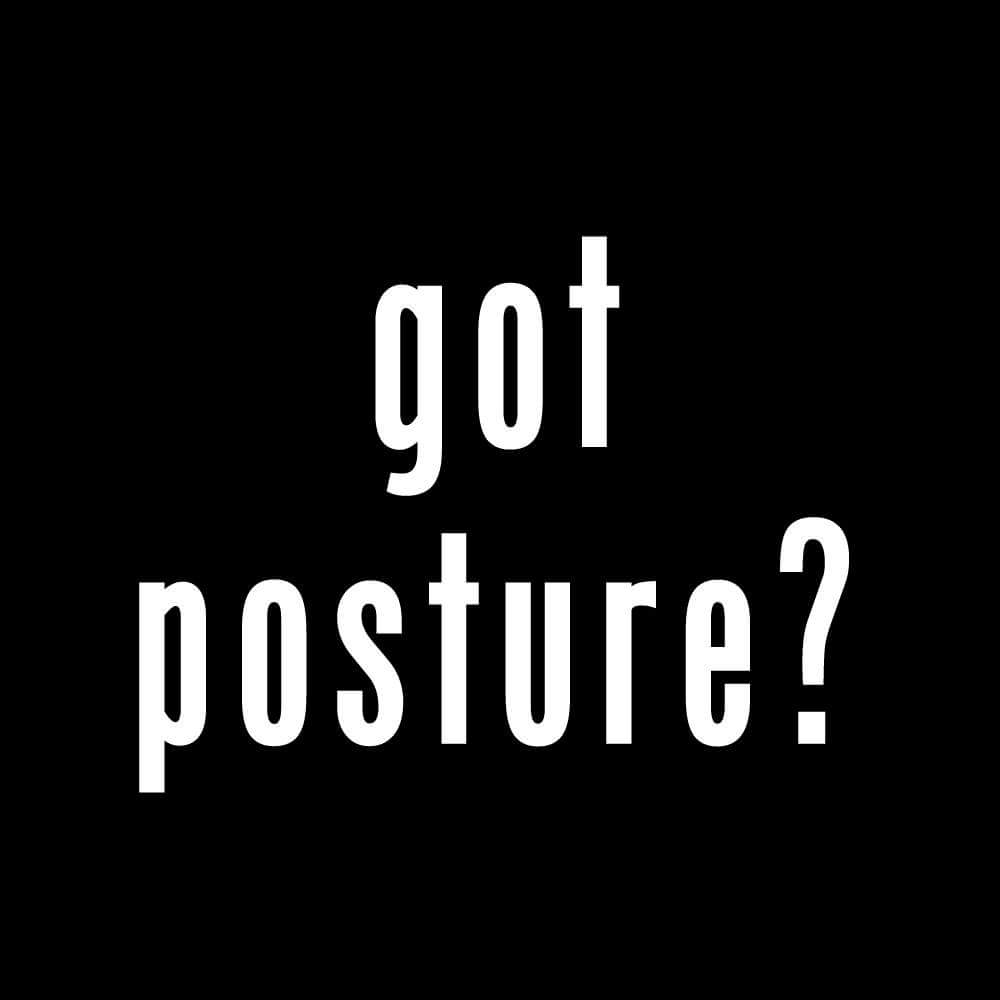 Since the 1950’s the word “stress” has changed from an engineering term to a cultural construct.  Stress has been defined as a “distress caused by a demand of the body to all non-specific demands” Although stress is generally associated with negative connotations, it is a double-edged sword. The body would not be able to survive without the acute stress response as in the “fight or flight” phenomena. This type of response gears the body up for action. It provides focused energy to either flee from danger or to stand ground and fend off a crisis.

During an emergency, stress hormones are produced and they are utilized. However, the kind of stress we face on a daily basis is of a completely different kind. Emergency physical responses are rarely needed yet the brain perceives stress as such and prepares the body for fight or flight. As the stress is almost continuous, the stress hormones are not utilized; they remain in the body and cause biological damage.

The work of Hans Seyle, who compiled thousands of studies demonstrated that exposure to stress, can cause “disease of adaptation. The “General Adaptation Syndrome or GAS begins with an alarm reaction (AR) when the body is first exposed to stress. It then shifts to “stage of resistance” (SR).

At  this  point,  the  body can  adapt  to  the stress,  known  as  physiologic adaptation syndrome, or succumb to the stress and allow it to manifest itself into what is known as “disease of adaptation” which can result in hypertension, rheumatic disease, vascular lesions, ulcers, certain types of liver  conditions,  rheumatoid  arthritis,  nephritis,  as  well  as  a  host  of problems with the endocrine system and hormonal imbalance.