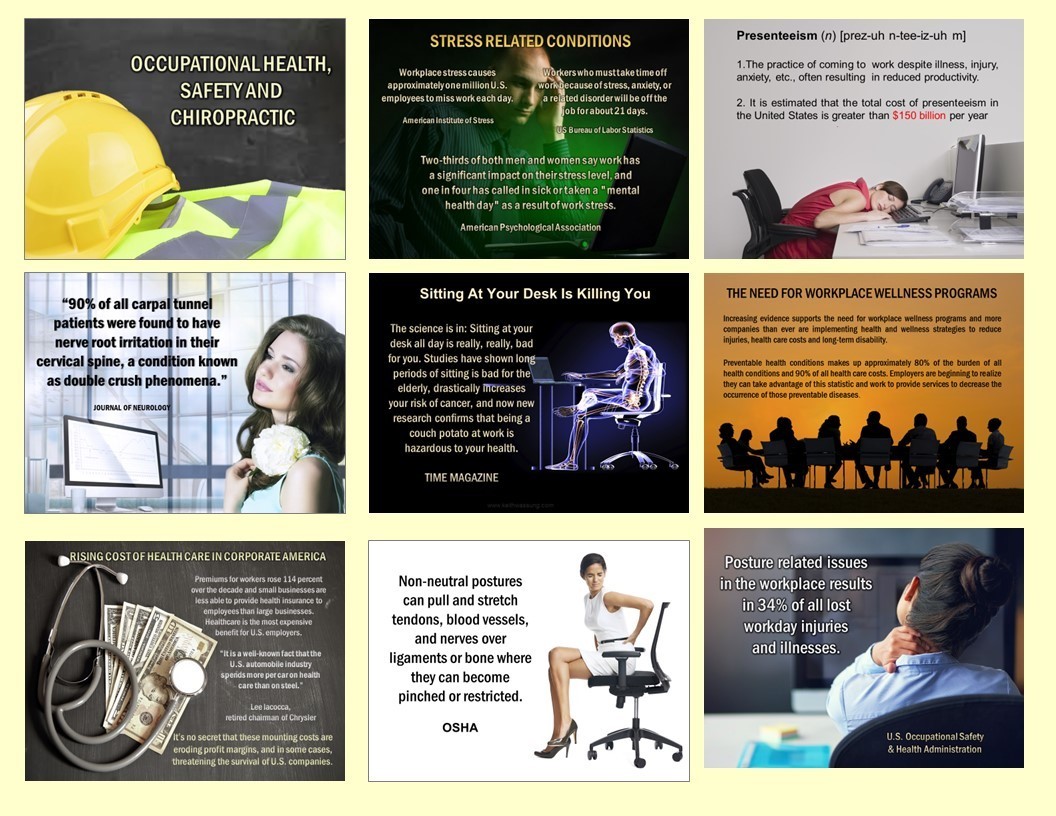 This month we will focus on Structural Shifts and the Workplace. Occupational health and safety, keeping costs in check and maximizing employee productivity is one of the top priorities for business owners and management teams at all types of organizations, both large and small.

Allow us to offer you a unique message, a unique service that has the potential to  be  of  great  value  to  your organization.

“It is a well-known fact that the U.S. automobile industry spends more per car on health care than on steel.” – Lee Iacocca, retired chairman of Chrysler 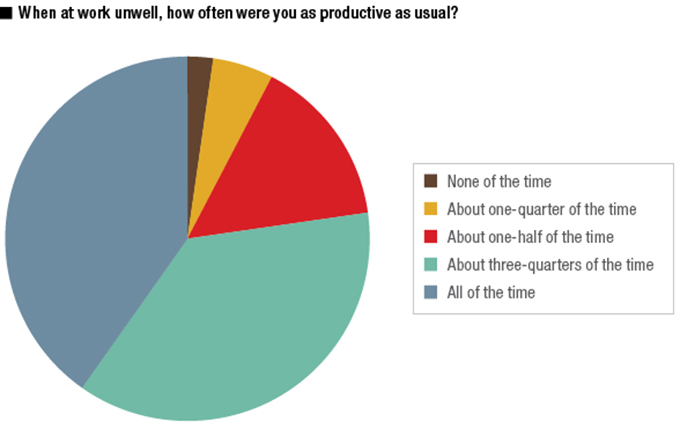 Cardiovascular disease is Australia’s most costly disease group at $7.7bn a year, or 10.4% of direct healthcare expenditure including $4.5bn on hospital admissions and $1.65bn on pharmaceuticals; 1 (2016 )

Total direct health and aged care system expenditure on people in Australia with dementia was at least $4.9 billion in 2009-101 .  In addition, the Alzheimer’s Association  knows that much more  was lost because of caregiver absenteeism, lost productivity and need for worker replacement. 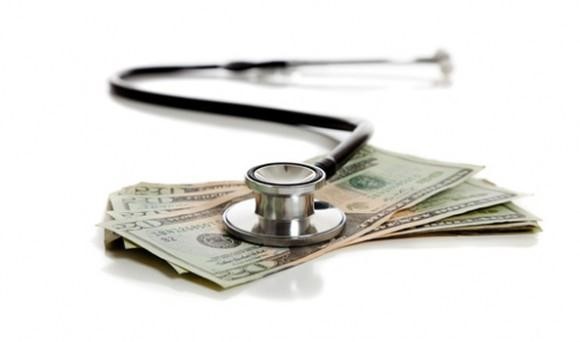 According to a 2009 study, workers with diabetes lost an average of 11 to 15 percent of work time due to health problems.

Depression accounts for huge losses in productivity and absenteeism.

In 2007, Medibank-commissioned research found that: • presenteeism costs $25.7 billion annually; • on average, six working days of productivity are lost per year per employee due to presenteeism.

NOTE: We have covered virtually all of the above conditions and their relationship to Structural Shifts - armed with that—can you see the potential impact we can have in the workplace?

For most employers, direct health care costs are well documented and well understood (as described above). However, many organizations currently don’t pay enough

attention to the hidden costs of avoidable sick days and presenteeism — the cost of  employees who are on the job but not fully functioning because of real illnesses and medical conditions, including asthma, seasonal allergies, arthritis, migraines, depression, back pain, gastrointestinal disorders and diabetes. In fact, presenteeism now costs employers two to three times more than direct medical care, such as insurance premiums and pharmacy costs.

One research team calculated the total cost of presenteeism in the  United States to be greater than $150 billion per year. For employers, these common conditions represent fewer direct costs than high-expense diseases, such as  cancer and  heart  disease,  but  they represent  higher indirect costs, because they are so prevalent:

“A standout finding here is that depression costs Australian employers approximately AUD$8 billion per annum as a result of sickness absence and presenteeism and AUD$693 million per annum of this is due to job strain and bullying.”

Work related stress represents a ‘huge cost’ for worker health and productivity and is broadly regarded as an important social determinant of global health. Scholars predict that by 2020, stress-related illnesses such as depression and cardiovascular disease will be the leading causes of the global disease burden. Psychological injury claims are steadily increasing and incur the largest proportion of expense in relation to compensation claims (Safe Work Australia, 2012). 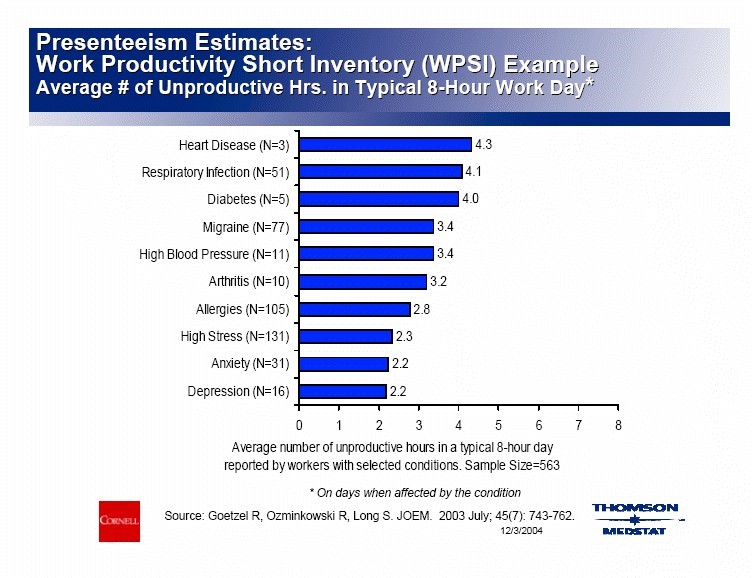 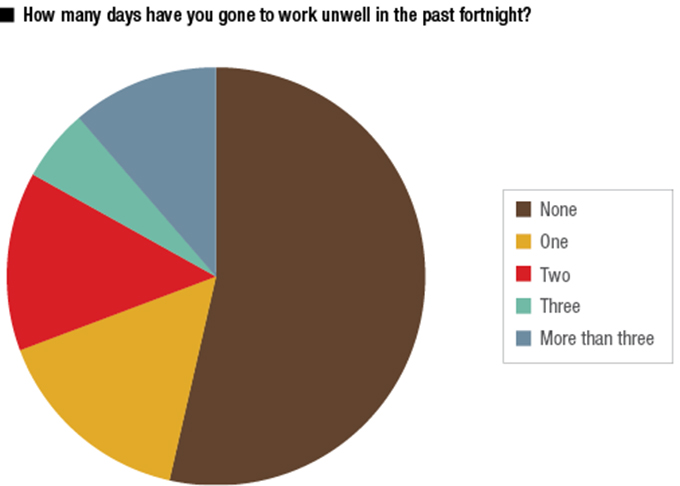 In fact, presenteeism now costs employers  two to three times more than direct medical care, such as insurance premiums and pharmacy costs. For employers, the hidden 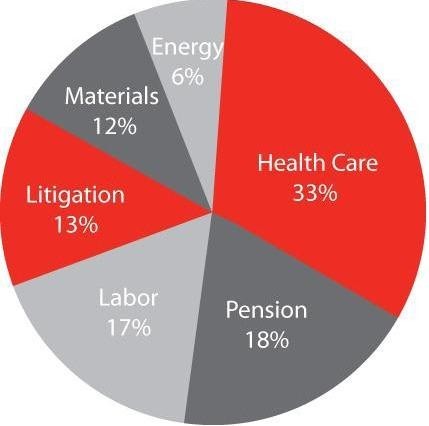 costs of presenteeism present a frightening and motivating prospect. These costs also represent a substantial argument for a consumer-driven approach to health care that engages employees in better managing these lifestyle risks and common chronic conditions. 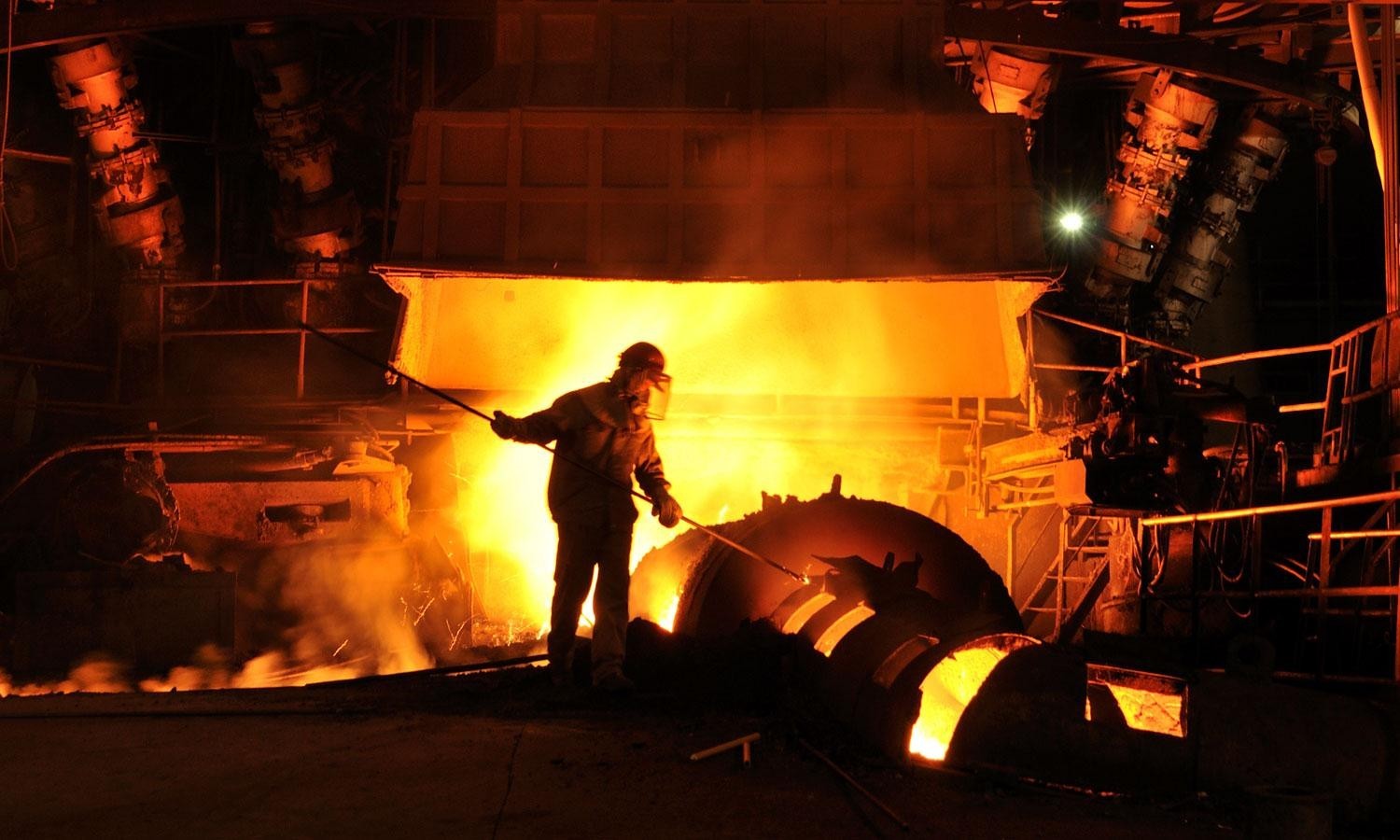 Impact on Quality of Life 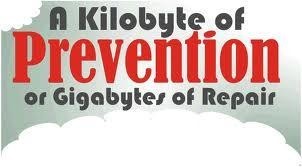 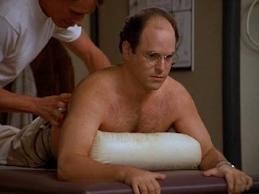 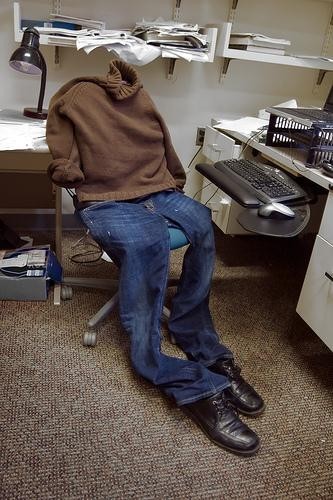 There are many real benefits to workplace wellness programs. There is increasing evidence to support implementation of programs in all types of companies and businesses, big or small. Decreased on-the-job productivity and employee absence because of health result in significant costs to employers above and beyond medical spending.1,2 Health-related work losses are estimated to cost US employers more than $260 billion each year, and may cost some companies more than direct medical expenditures.

Preventable illness makes up approximately 80% of the burden of illnesses and 90% of all health care costs. Employers are beginning to realize they can take advantage of this statistic and work to provide services to decrease the occurrence of those preventable diseases.

People spend more awake hours at work than anywhere else, on average 50 hours a week, so it’s up to employers to take aggressive action towards implementing workplace wellness programs. Corporate  health  programs play a  key role  in maintaining and improving employee relations and morale. Bottom line, a healthy, motivated workforce is vitally important to a company as a whole. 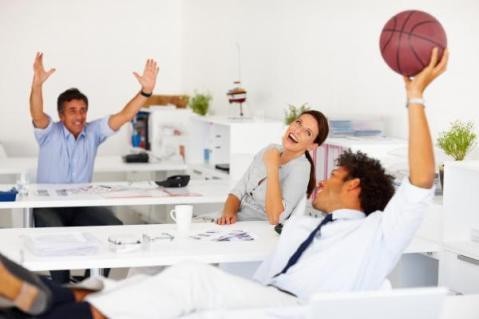 The businesses featured below offer our Align Chiropractic Preferred Patients discounts on goods and services. Simply produce your Preferred Patient Card when purchasing to receive your savings!!! 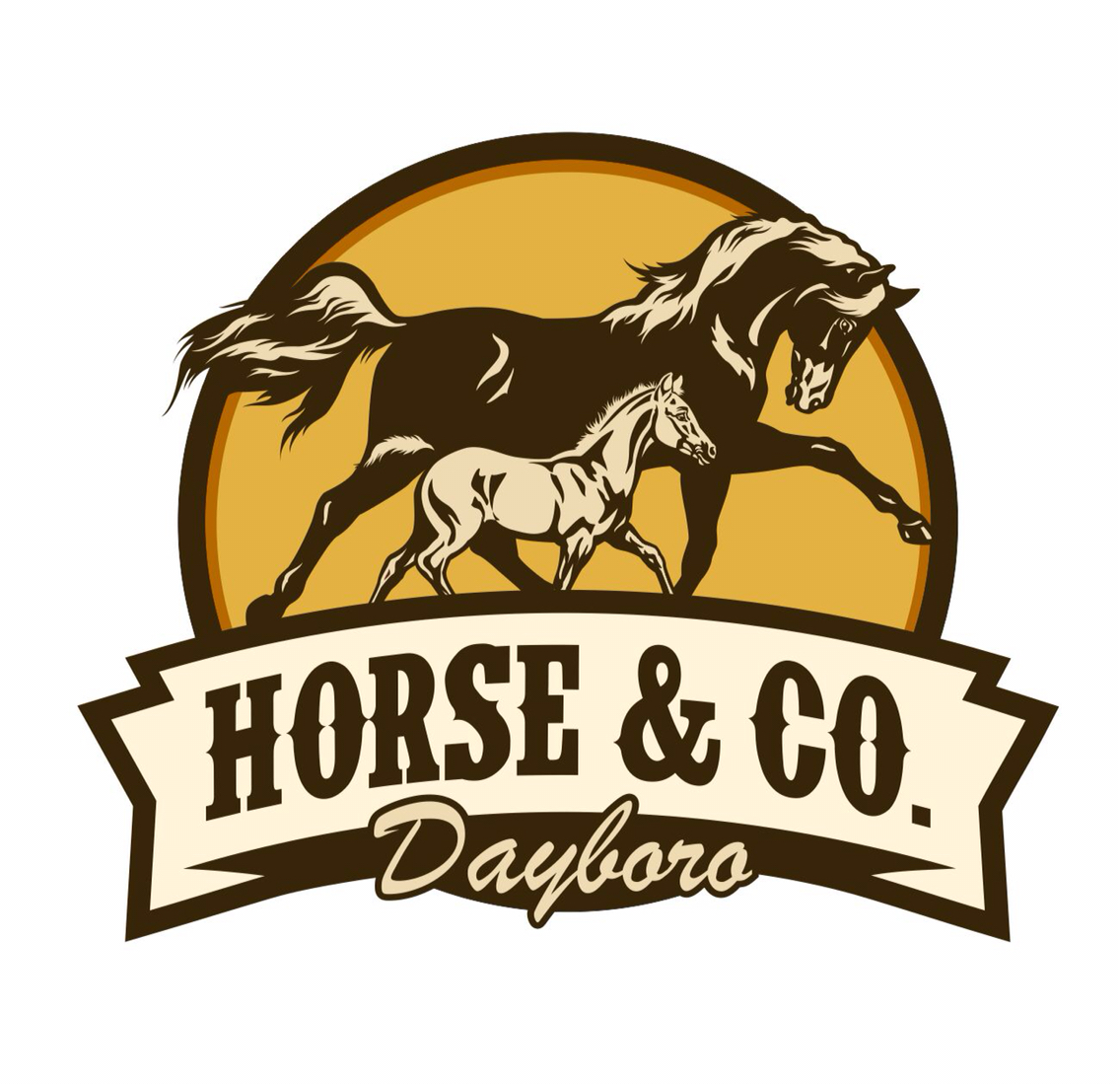